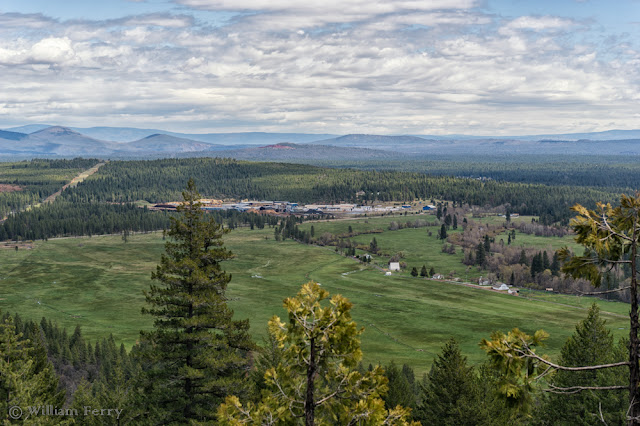 Though we'd been through a portion of this far northeast corner of California before, it turns out we really hadn't seen more than what driving on a through highway allowed. Until now. Two big valleys, several spectacular waterfalls and a host of natural and man made wonders were waiting be discovered. Above is the first of two large valleys - the Pit River Valley. The basin is a blend of farming and timber, with logging being the bigger industry. The valley sits within sight of both Lassen (to the south) and Shasta (to the northwest). 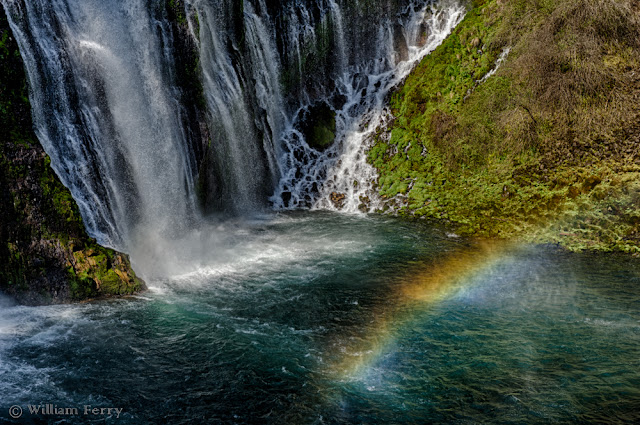 Above is Burney Falls. Beginning as a spring that percolates up through the lava, Burney Creek delivers 10,000,000 gallons every day, all year long. The water eventually reaches the Pit River. The Pit accounts for 80% of the flow of the Sacramento River. 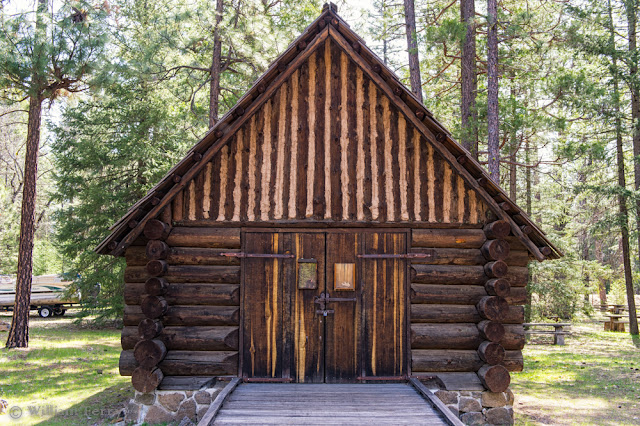 Like so many public places that were developed during the Depression era, the Civilian Conservation Corp was charged with dressing up many State and Federal park lands. This was originally built to house the earliest McArthur-Burney Falls State Park custodian. 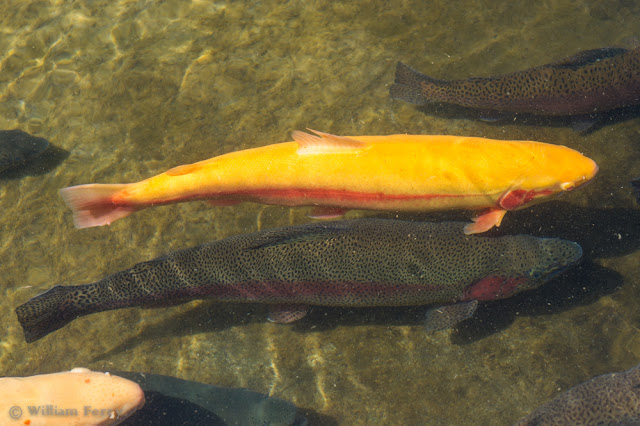 Goldfish? No, Albino Rainbow Trout. However genetics happen, fish like these, when found, are kept from breeding. There were a half dozen of these unique trout at the Crystal Lake Fish Hatchery. 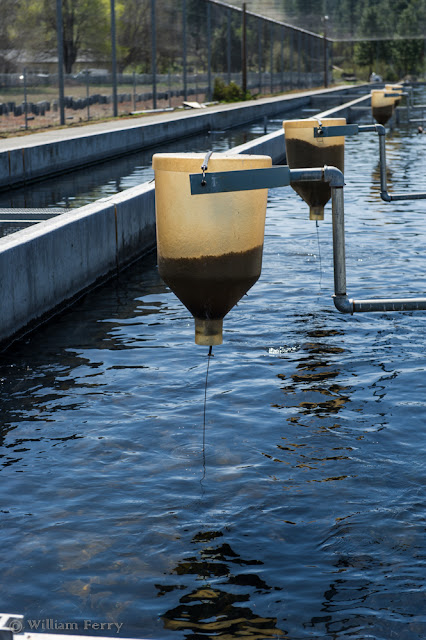 Though Crystal Lake has been around since 1927, it isn't considered an old timer. Not far away was the Hat Creek Fish Hatchery built in 1887 to originally raise salmon. In 1915 the eruption of Mt. Lassen threw enough mud and debris that it knocked out the remaining run of salmon and for years greatly diminished the trout population. 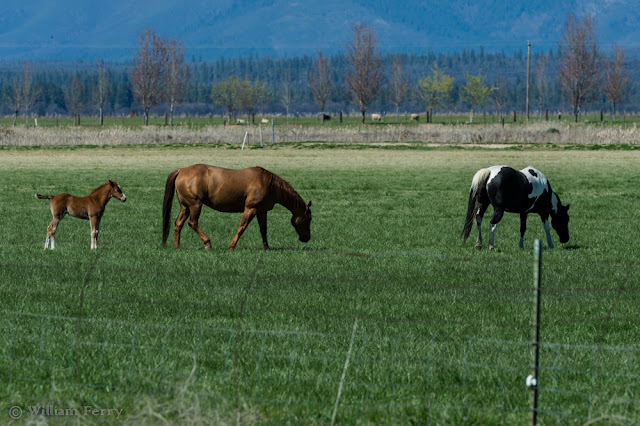 The unusually colored horse (near black and pure white) caught my eye first. Then mama moved and the little colt came into view. The big hand of time seems to move a bit slower in this charmingly rural part of California.